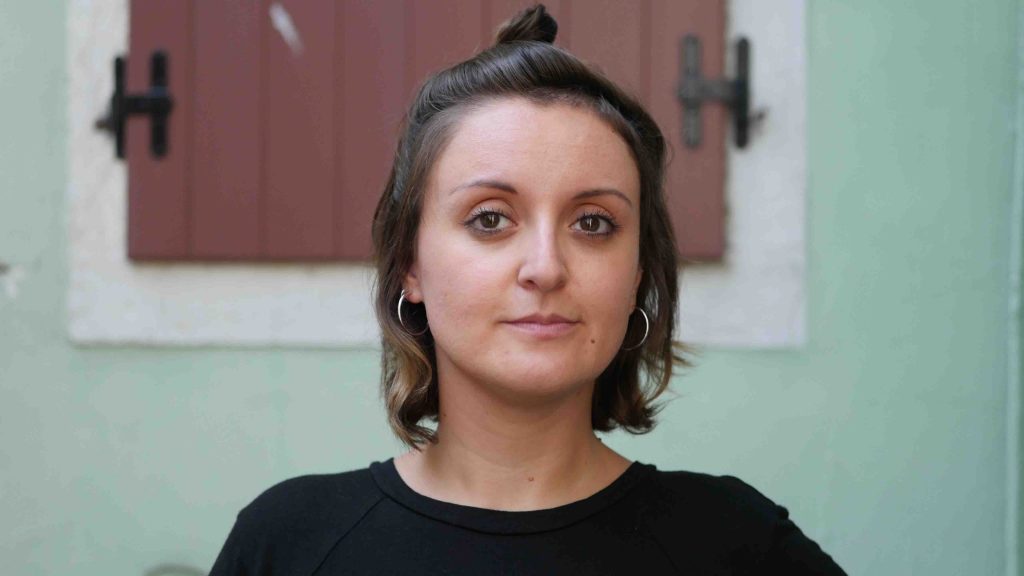 Her work is research oriented and inspired by an anthropological and documentary approach, often in dialogue with the archival practices. It explores sociopolitical issues tackling the notions of memory, Hi-story, individual and collective imageries and imagination. She delves into the fractures of identity and culture, inquiring how they inform people’s body and its movements. She believes in projects enhanced by relational dynamics and often uses her personal experiences and encounters as a starting point for creating work. The collaborations with individuals and experts time to time working with her shape mostly into films, photographic projects, texts, installations, performances.

Melilli obtained an MA in Visual Arts at IUAV Venice University (I) and studied documentary and experimental cinema at Luca School of Arts, Brussels (BE). In Brussels from 2010, Melilli collaborated with the artistic platform Auguste Orts, and in 2015 was part of the post-academic studies platform SIC Sound Image Culture.

Her short films have been selected at the International Film Festival Rotterdam, Ji.hlava IDFF, CineMigrante, DocuTIFF, Lago Film Festival, Filmmaker Film Festival, Milano Film Festival, among others. She’s the winner od 2017 edition of Artevisione, a project supporting young Italian artists, curated by SkyArte and Careof, with the film MUM, I’M SORRY, later acquired by the Museo del Novecento, Milano, and exhibited in the Project room of PAC, Milano, together with the participative and relational project That’s not what you believe (April 2018). She is part of 2018 edition of VISIO – European Programme on Artists’ Moving Images, and the connected exhibition European Identities: New Geographies in Artists’ Film and Video curated by Leonardo Bigazzi for Lo Schermo dell’Arte. In 2019 she’s included in the selection of Ekrani i Artit festival, Scutari (AL) and Vista d’Arte, curated by Da Luz Collectiv, in Lisbon. My home, in Libya is her first creative documentary. It’s produced by Stefilm International, ZDF/ARTE, RAI Cinema, with the support of the Italian National Film Fund, which also recognized it of being of cultural interest, receiving also the Solinas development bursary. The film had its world premiere at Locarno Film Festival in the summer of 2018, and then travelled to Chicago IFF, DOK Leipzig, and many others, winning prizes and special mentions. At Trieste FF it won the Corso Salani Prize. Between 2019 and 2020 Melilli collaborates with Playboy Italia magazine, for which she created and curates the column CORPO A CORPO | Bodily Conversations. In 2020 she realizes the short film Assembramento as part of the collective film project Le storie che saremo, which premiered at Archivio Aperto festival, and is shortlisted for the emerging art prize Fondazione Francesco Fabbri, receiving the jury special mention for the work Un abbraccio, . In 2022 Melilli is selected as participant of the Berlinale Talents. She leads workshops, lectures and talks at numerous Italian and international institutions.

I’m a member of  AWI – Art Workers Italia, an autonomous and nonpartisan association of art workers, that I invite you to follow.

MADE BY ddC © All rights reserved

Leave me your email before downloading my portfolio, thank you!

Leave me your email before downloading my CV, thank you!

Leave me your email before downloading my CV, thank you!